Today, 75 years ago, 51 heads of governments entered the San Francisco Opera House and

signed the Charter of the United Nations. There was a gentle rain when William Lyon McKenzie

King stepped up to sign for Canada. I know because the now well-retired Reverend Paul Morris,

a young Canadian soldier, decided during a break from studies at UBC, to visit the Opera House

because he knew something historic for a person in uniform was happening there. Paul, along

with millions in Canada and around the world, was weary of war and aspired to a better world.

This aspiration motivated the allied leaders meeting to create this United Nations, the greatest

and most resilient model of global humanitarian and political cooperation on our planet.

Canadians, then and now, remain supporters of the UN and those aspirations for a forum where

countries debate and decide on pathways toward a better world.

In spite of anger-inducing, intentional scleroses that we all see must be addressed, there can be

proud of. UN programmes directly aid and support hundreds of millions of people living with

poverty, hunger, war -including refugees – now more than at any time, including after the Second

World War. The UN is vital to the unified fight against changing climate; in ensuring free and

fair elections, in providing peacekeepers where a single country wouldn't go it alone

Today, as we confront a global health pandemic and the pandemic of systemic racism and

exclusion, it is the United Nations and it's Agencies and agreements like the World Health

Organization and the Paris Accord, Peacekeeping and the Sustainable Development Goals that

will create and sustain our ability to build a better world for all.

On this day, as we are losing so many of that great generation, who lived and experienced the

need for a United Nations, I wish Paul Morris and each of us and the UN Member States a happy

birthday and, recall: “We the peoples of the United Nations determined to save succeeding

generations from the scourge of war....reaffirm faith in fundamental human rights, in the dignity

and worth of the human person, in the equal rights of men and women and of nations large and

Our investment of this faith includes faith in building an even better, more effective UN to

continue the promise of solving global challenges, together. 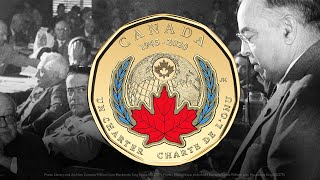 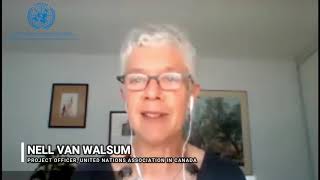